A Mitsubishi driver is a happy driver. In most cases. Because there’s one trip you don’t necessarily like: the drive to pick up your partying kids at 3am in the morning.

We acknowledged this on father’s day. Of rather: father’s eve. Because even on this delightful moment some fathers had to make the nocturnal trip to a dance club to pick up their kids. To support them, we aired a two minute radio commercial on the night before father’s day, describing the terrors fathers have thinking about their partying daughters in shady clubs. 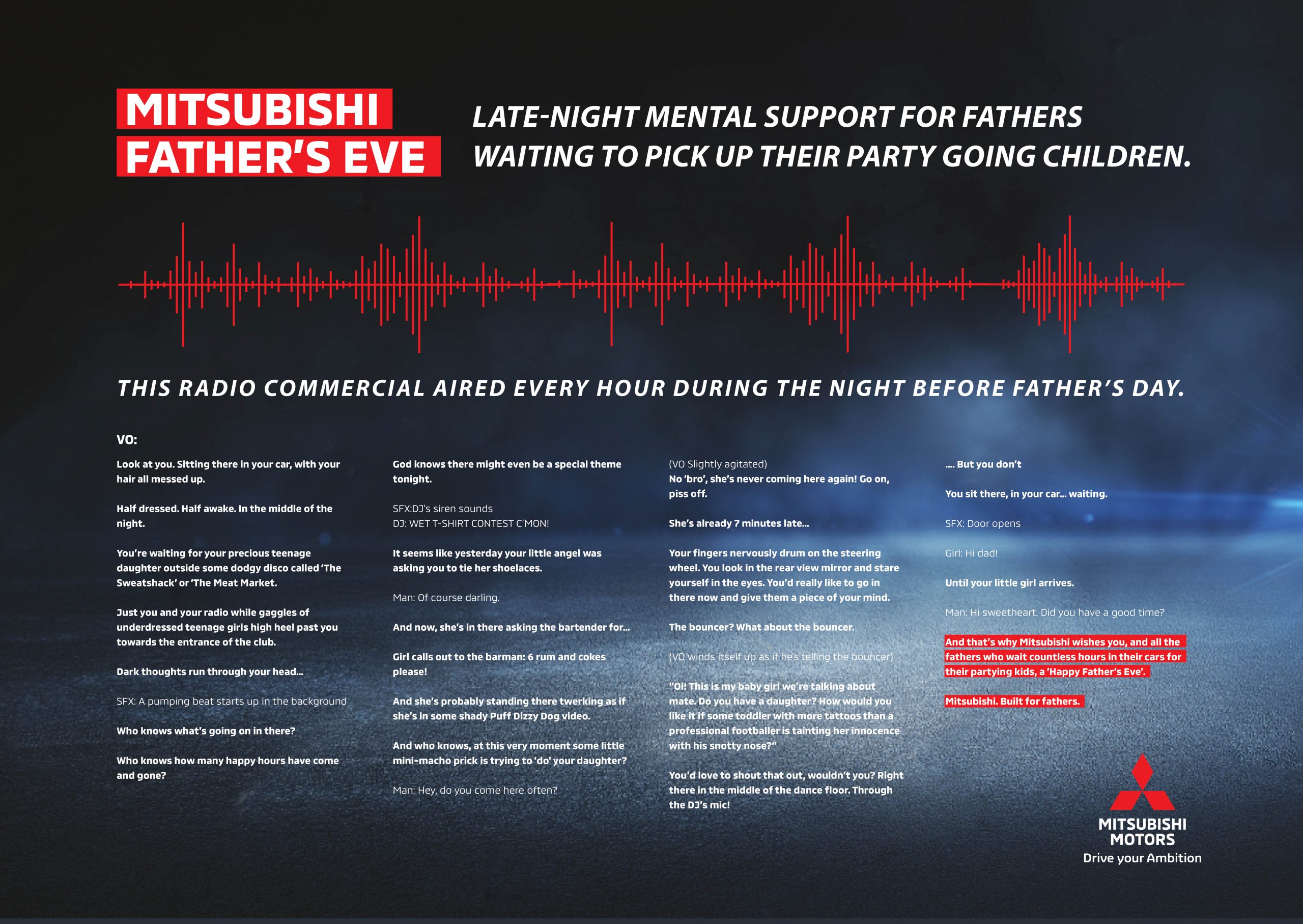